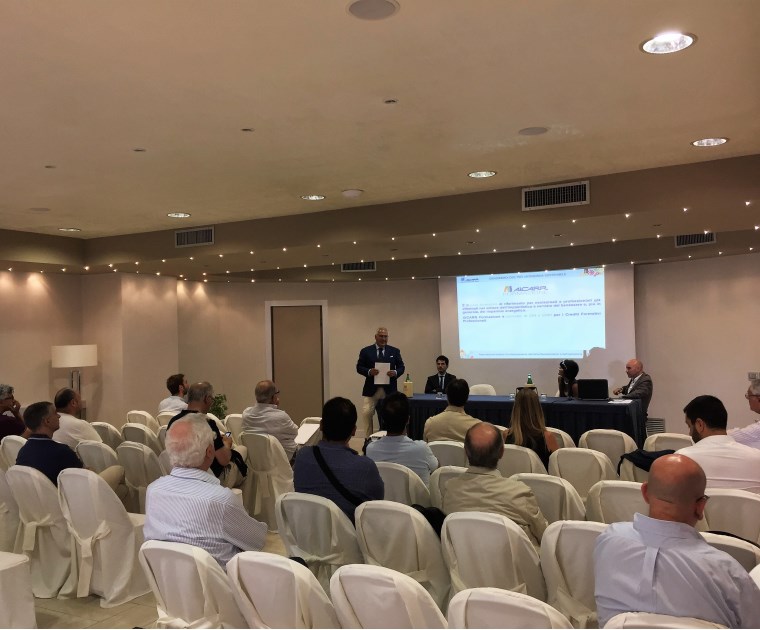 On Thursday 29 June 2017, at the Hotel Marad in Torre del Greco (NA), the AiCARR meeting on energy analysis was held, with a view to optimising the choice of refrigeration units.

This topic has already been discussed at the AiCARR conferences previously held in Milan, Rome, Ancona, Palermo and Bologna.

The event, which was organised by the AiCARR Delegation for the Campania region, saw the participation of a host of professionals from the energy sector, both from Naples and from the neighbouring provinces, who showed particular interest in the issues discussed.

The meeting was attended by Prof. Francesca D’Ambrosio, the new national president of AiCARR, who expressed her desire to continue the collaboration between Aermec and the Association into the future, with the aim of holding conferences of this type in other Italian cities to engage more and more professionals in the industry.

In addition to Aermec and local delegate Pasquale Ranieri, Mr. Vincenzo Zigarella was also in attendance at the event, addressing the theme of incentivisation in energy efficiency measures.