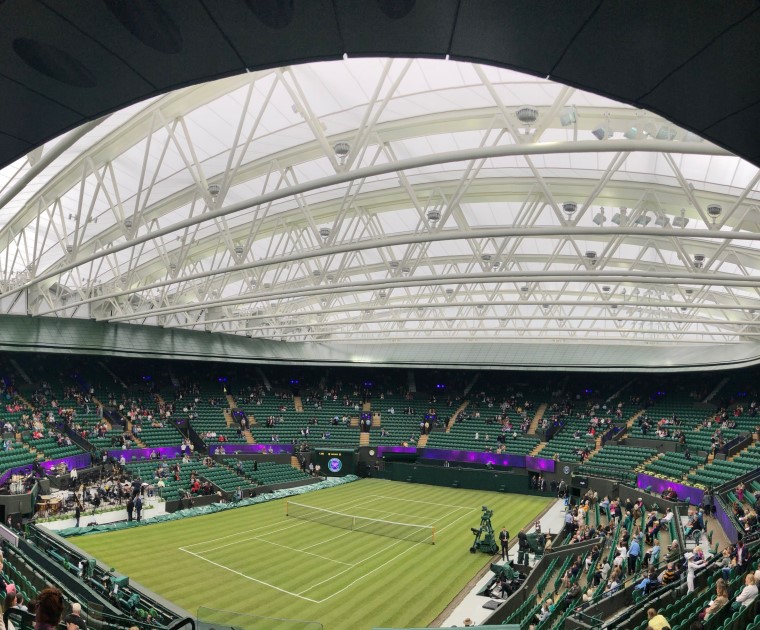 Aermec stepped into the court and with a “winning smash” has provided an air conditioning system in court no. 1 at Wimbledon. This follows the one already provided 11 years ago, for an overall installed power in excess of 8 MW.

As it is know the “All England Lawn Tennis and Croquet Club”, with headquarters in Wimbledon, chaired by Prince Edward, Duke of Kent, hosts the most prestigious of the Grand Slam tennis tournaments.

To overcome the problem of rain that in previous years had caused delays during matches, in 2008, for the coverage of the main court, a retractable roof was installed accompanied by an air conditioning system capable of maintaining the optimal environmental conditions for the performance of matches.

Such was the satisfaction and success of what was achieved in the «Centre Court», prompting the designers to choose Aermec again as a partner in the construction of the second system which includes 26 super-silenced chillers, with a total installed power of 6.5 MW and 12 units of air treatment with very low sound level.

The uniqueness of the project consists in the necessity to take into account the location of the place, surrounded also by highly prestigious private homes.

This is why Aermec has worked with an innovative and totally personalised approach that has taken into account the silence, the comfort of the spectators, the safety of the players and the level of humidity of the turf.

The value of the order is 6 million euros.

With this supply, Aermec once again consolidated its image as an Italian company that proudly brings the colours of our flag to the world.